A delicious journey at the heart of Kos! 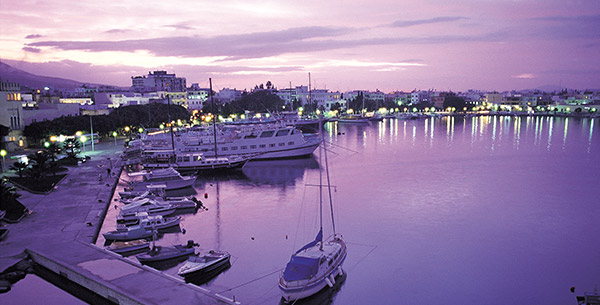 Kos, the Island of Hippocrates

Being the birthplace of the father of medicine, Kos has widely been known as the “Island of Hippocrates” (460 BC). The island has been inhabited since prehistoric times, and thus was influenced by a number of cultures (Minoan, Mycenaean, Dorian etc). In the 7th and the 6th century BC, Kos, along with Knidos, Lindos, Alikarnassos, Ialyssos and Kameiros formed the alliance known in history as the Dorian Exapolis (six cities). It came under Persian rule in 500 BC and it was liberated in 479 BC, when it became member of the Athenian Alliance. Although, economy, navigation, commerce and culture had been flourishing since the 6th century BC, the island reached its zenith in the 4th century BC. At that time “Asclepeion”, one of the most important institutions of Ancient Greece, was founded, and it served as a hearth where literature, poetry, sports, art, and science were cultivated to reach impressively elevated levels. Prosperity continued until the Romans came and led the island into the obscure times in which it remained with the contribution of the terrifying earthquake of 553 AD- until the time of Venetian occupation, when the island somewhat recovered. This era was followed by the Turkish occupation, which lasted from 1523 to 1912. In 1933 another devastating earthquake struck the island and leveled everything on it. Following Italian and German occupation in 1943 and 1945 respectively, the island was incorporated into Greece in 1948. Nowadays, Kos is on an upward course and has justifiably earned the preference of thousands of tourists each year.

Kos holds many archaeological and cultural sights, in addition to its beautiful scenery. In the capital town of Kos, one must certainly visit the extensive ancient ruins of the city. There also are the ruins of the “Asclepeio”, a site of major importance, the “Castle of the Knights” standing on the right side of the port, still watching over the city and catching the attention of the arriving visitors, and the huge “plane-tree of Hippocrates”. In fact, the diameter of its trunk is 11.5 meters and, as legend has it, Hippocrates himself planted it, which makes it about 2500 years old! In the settlement of Antimachia, the “Antimachiotiko House” which is representative of the local architecture, and it definitely should be visited. In Kephalos, one can find many sights to visit such as the ruins of the ancient city, the cave of “Aspri Petra”, the remains of a Palaeochristian Basilica with splendid mosaics, opposite of which one can see the small jewel-island Kastri with its small chapel. There are many significant churches scattered all over the island dating back to the 5th and 6th centuries AD, numerous windmills and, of course, there is the site of Pigi in Pyli with six springs near an ancient monument.

We use cookies to ensure that we give you the best experience on our website.AcceptRead more